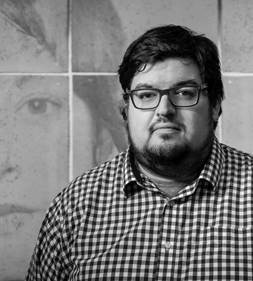 Jonathan is an editorial photographer originally from Los Angeles and currently making his home in Chicago. His personal projects often focus on groups of people, cultural behavior, societal issues and occasionally puppets. He has a strong technical background in photography, video, lighting, and photographic problem solving. He has experience working globally in communities where he is an outsider, and where he’s able to convey that he is an ally and looking to make work with them, not about them.

Describing his work in general, Jonathan explains his process as a commitment towards getting to know people. It’s about building relationships, trust, and sharing ideas and hearing ideas from others. He believes it is important to find people who are not just willing but eager to collaborate. Jonathan believes that it’s critical for the work to circulate within the communities with whom he works – it’s not enough to be an observer and make work about a community, but rather work should be made for and with a community.

"I was pretty dependent on having access to the programs and there was only a couple of people that I was kind of interacting with outside of the programs. And even then, that’s like the first it was like March, April, even into May. I would have March, April, all of May was just like nothing--completely shut down from the point we did lockdowns here in Chicago through the end of May, at least, maybe even into June, where just nothing was going on. I could basically talk to a couple of people via email or online, and everyone was busy and everyone was busy with their lives falling apart.

I do a lot of event work, like a lot of event photography and that all just Poof disappeared. I think I lost...just under ten thousand dollars of work that was already scheduled on the books for like a month and a half or two months, and that's not even accounting for the--for the work that would have popped up that people would have emailed me for in June, July and August, that they would have had things so.

Everyone suddenly needed me to do a lot of art documentation and video work for some museums and for individual artists and stuff so I've been actually pretty busy in the last--not March, April, May. June, July, I started getting busy again. But but with other work, different work. "