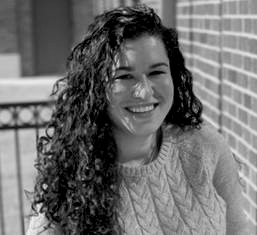 "I think it was somewhere between like seventy five, 80 percent of the kids were all asymptomatic. So the majority of the kids tested positive, and were asymptomatic. The ones that did have symptoms were all very mild symptoms that we probably wouldn't have caught had not tested them all. So it became a really big news story because our numbers were much higher than any other or officer refugee program or much higher than any other like Illinois State license program. But we were the only program to test all of our kids, all of the other programs tested kids that had symptoms and then had their positive cases based on that.

So we were very concerned and we wanted to ensure that not only were we taking care of their physical health, we were taking care of their mental health because these are kids who have already been through trauma. They're in a time of trauma. Now, on top of that, there's a pandemic and they're quarantined. So we were really, really concerned about how are we going to do this in a way that is still safe, that they're not we can't just pretend like there's nothing going on and have regular programming, but we need to make sure that their mental health is our first priority. So we quickly bought a lot of phones, but a lot of TVs and other equipment to start providing their mental health services. "