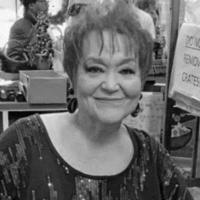 Lori Cannon was drawn into Chicago’s organized gay and lesbian community during her tenure as Winkle Transportation’s “Bus Driver to the Stars.” Assigned as the chauffeur to a number of national touring companies, she was not surprised to discover her affinity with the many gay “boys” in the chorus line. She was named a “Friend of the Community” for her work with Chicago House and the NAMES Project and for later co-founding ACT UP/Chicago and Open Hand Chicago. For Open Hand she drew on her early organizing skills as a show-business bus driver and raised funds, handled public relations, and oversaw a food pantry’s development where she has served meals to people with AIDS for more than 30 years. Advocate Magazine ran a commentary written by Lori, in which she tells the story of serving more than 15 million meals to those who suffered and suffer with AIDS. She was one of the first to take action at the beginning of the AIDS crisis —and she continues to serve to this day.

"It's looking disconnected right now. But if our estrangement and distance leads to the betterment. I'm not sure we're going to get back to a lot of the basics that we always smell. I think masks are a way of life for a long time. And if it works, I support them. I am a hopeful person. It's very hard for me to know what it's going to look like. I'd like to think. The numbers on the reports every night are decimated. New cases and deaths."