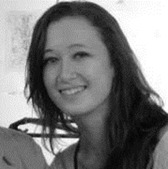 Jane Bodmer specializes in trauma-informed, strengths-based storytelling with a focus on participant voice and empowering subjects to own their own narrative. She works as the Communications and Content Manager for READI Chicago, an innovative response to gun violence in the city that connects the individuals at highest risk of violence involvement with transitional employment and cognitive behavioral therapy. In this role, she is responsible for content creation, marketing, and media relations around READI Chicago, and for elevating the voices of people impacted by violence and criminal justice involvement while helping to change the narrative around this population. Previously, she worked at ABC-affiliate WICS in Springfield, IL, as a photojournalist. She graduated from Loyola University Chicago with a bachelor’s degree in English, and later from Northwestern University’s Medill School of Journalism with a master’s degree in journalism.

"I remember when we first started hearing about it in January and, you know, like we never nobody really took it that seriously here at that point. And I guess as as the year was going on, we I started to feel like a little more nervous about it.

One really cool thing about that is we got permission from our funders to keep paying our participants. So while we didn't have them occupied for those eight hours, at least they were still receiving an income and didn't have to resort to anything else or worry about how to feed their families."