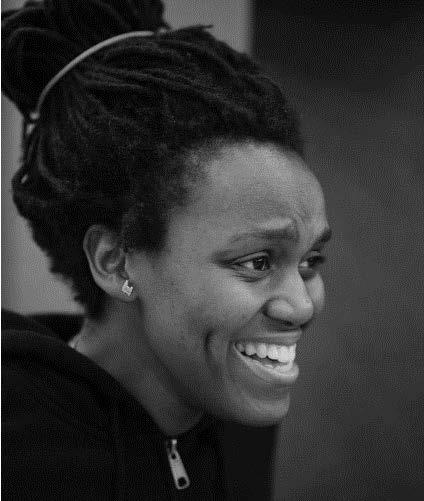 Sasha Phyars-Burgess was born in Brooklyn, New York to Trinidadian parents, and raised in Bethlehem, Pennsylvania. She graduated from Bard college in 2010 with a BA in Photography where she studied with An-My Le, Tim Davis, Barbara Ess, Michael Vahrenwald, and Larry Fink. Upon graduation she worked for Larry Fink for one year before moving to Berlin, Germany and Trinidad and Tobago. She is interested in using photography education as community empowerment, the African diaspora, particularly in the Caribbean and Latin America, as well as learning about Pennsylvania. Sasha was artist in residence at the Center for Photography at Woodstock in 2015.

"I think that being part of low income neighborhoods do make you more susceptible. I do believe in terms of Heartland Alliance that they're going to try their best. You know, that House Call would operate in their building. But I also believe, quite honestly, that what it doesn't like, these are conditions that are rife for like the spread of the disease, the spread of a virus, rather.

I don't think they should go back to the way that they used to be. Because obviously things the way things used to be wasn't necessarily working. I think a lot of things need to change."